A majority of Americans now say they get news via social media, and half of the public has turned to these sites toÂ learn about the 2016 presidential election.Â In addition to measuring the broad impact and meaning of social media, we have tracked the specific sites and platforms that users turn to in the course of socializing online.

In that context, a national survey of 1,520 adults conducted March 7-April 4, 2016, finds that Facebook continues to be America’s most popular social networking platform by a substantial margin: Nearly eight-in-ten online AmericansÂ (79%) now use Facebook, triple the share that uses Twitter (24%), and more than double the usage on Pinterest (31%), Instagram (32%) and LinkedIn (29%). On a total population basis (accounting for Americans who do not use the internet at all), that means that 68% of all U.S. adults are Facebook users, while 28% use Instagram, 26% use Pinterest, 25% use LinkedIn and 21% use Twitter.

Thanks in part to the growing number of older adults who are joining the site, Facebook use appears to be on the rise: The share of online adults who report using Facebook has increased by 7Â percentage points compared with a Pew Research Center survey conducted at a similar point in 2015. In addition, the share of Facebook users who check in daily has increased slightly in the past year: 76% of Americans who use Facebook now report that they visit the site on a daily basis, up from 70% in 2015.

Usage And Demographics of Social Media

Roughly eight-in-ten online Americans (79%) now use Facebook, a 7-percentage-point increase from a survey conducted at a similar point in 2015. 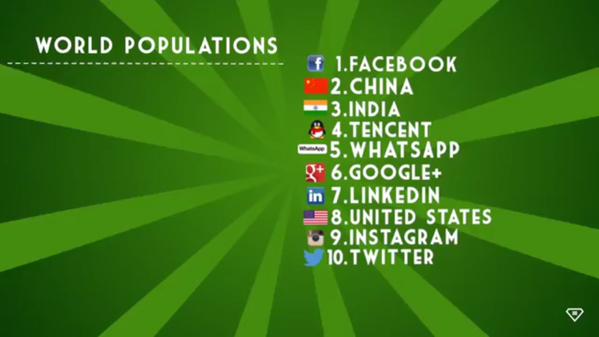 To a greater extent than the other social platforms measured in this survey, Instagram use is especially high among younger adults. Roughly six-in-ten online adults ages 18-29 (59%) use Instagram, nearly double the share among 30- to 49-year-olds (33%) and more than seven times the share among those 65 and older (8%). And as was the case in previous Pew Research Center surveys of social media use, female internet users are more likely to use Instagram than men (38% vs. 26%).

Roughly one-quarter of online adults (24%) use Twitter, a proportion that is statistically unchanged from a survey conducted in 2015 (23%).

Twitter is also somewhat more popular among the highly educated: 29% of internet users with college degrees use Twitter, compared with 20% of those with high school degrees or less. 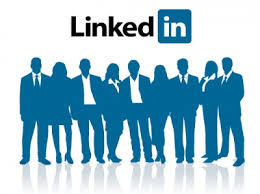 The share of online adults who use LinkedIn has remained steady over the past year: 29% report using the site, similar to the 25% who said this in 2015.

LinkedIn has long been especially popular with college graduates and high income earners, and this trend continues to hold true. Half (50%) of online adults with college degrees are on LinkedIn, compared with 27% of those who have attended but not graduated from college and just 12% of those with high school degrees or less.

Roughly three-in-ten online Americans (31%) use Pinterest, identical to the 31% who used the platform in 2015.

Continuing a long-standing trend, women use Pinterest at much higher rates than men. Nearly half of online women use the virtual pinboard (45%), more than double the share of online men (17%) who do so.

Facebook remains the most popular social media platform, with its users visiting the site more regularly than users of other social media sites. Roughly three-quarters (76%) of Facebook users report that they visit the site daily (55% visit several times a day, and 22% visit about once per day). This represents a modest but statistically significant increase from the 70% of Facebook users who indicated that they visited the site daily in 2015.

Other than this slight uptick among Facebook users, daily engagement for each of the other major social media platforms is generally similar to Pew Research Center findings from 2015.

Social media users continue to use a relatively diverse array of platforms. More than half of online adults (56%) use more than one of the five social media platforms measured in this survey, a share that is statistically unchanged from the 52% who did so in 2014.

Social media sites are not the only venue where people can connect with others online. Today smartphone owners (at the time of this survey, 72% of American adults) can choose from a variety of messaging apps that fill many of the same functions. Some of these apps look and function like a traditional chat or messaging service, while others offer unique features â such as the ability to post anonymously, or to have one’s posts expire or delete themselves after they are viewed.

This survey asked about three different types of messaging apps that people might have on their smartphones and found that:

Crossbow is a full-service advertising agency and public relations firm. In addition to marketing strategy and advocacy, social media strategy and tactics are among our many strengths.